Where our olives are transformed into Olio D.O.P. Laghi Lombardi – Lario

The plant has been designed and perfected with the aim of serving the olive growers in the Lario area and give the possibility to transform the precious olives into a high quality oil, which can satisfy even the most demanding palates and give the right satisfaction to those who have succeeded in obtaining an excellent product destined for a niche market.

Noteworthy the interest and contribution of the Comunità Montana for the Biosio oil mill: moved by the desire to boost mountain agriculture in difficulty, it acted in order to allow the local growers working even small olive batches with the best equipment and on short time, in order to obtain a unique and inimitable product. 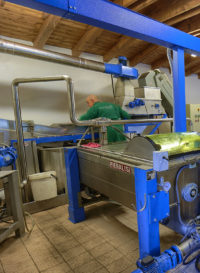 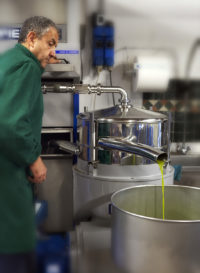 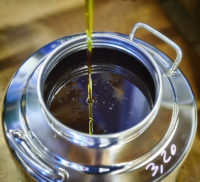 The origins of the mill.

The farm was founded in 2004 to follow up the agricultural activity undertaken by Mauro Denti especially in the recently planted olive sector. In fact the first planting of 120 olive trees was made in 1992 to replace the vine plants that became too laborious to follow and which at the same time gave no qualitative results at the level of the olive trees.

After having had the D.O.P. Laghi Lombardi Lario and the first feedbacks from an attentive clientele, that was looking for a high quality product even if it was extremely limited quantity, it continues the hard work of planting new small plants given the high difficulties due to the type of mountain territory, so much so that we got about 400 trees.

Community of Valsassina, Valvarrone, Valdesino and Riviera, the new oil plant was inaugurated. Small in size with an hourly capacity of about 3.5q but with a technological system of the Pieralisi company at the forefront “a gem according to the technicians of the sector”.

With this new type of cold pressing but with a continuous two-stage system, we are able to further enhance the characteristics of our oil, which is increasingly appreciated by our customers. In 2010, the olive area is further expanded with about 300 new olive trees for a total of 700, an almost record number for our territories at the extreme limit of olive growing.

In 2012 comes the expansion of the oil mill with a double deck pulley in addition to the existing one and a new self-cleaning separator to complete an already high quality plant but with a quantity of hourly work doubled to meet the needs of a quality olive growing that needs to minimize the time between collection and processing.

The olives must reach the mill inside suitable containers (boxed windows).
The minimum quantity processed cannot be less than 150 kg of olives. By delivering quantities of less than 150 kg, you will receive an amount of oil equal to the average yield achieved in the relative period.
The olives must reach the mill in good conditions, fresh and dry, without significant symptoms of parasitic attacks and fermentation in progress.
The processing is done exclusively by reservation by calling the mill directly at the indicated number.

The mill is a two-phase continuous cycle plant of the firm PIERALISI, called “Fattoria”. Once they reach the mill, the olives are weighed and immediately placed in the processing cycle. First of all they are defoliated and then cleaned in the washing plant. After the drying phase they enter the crusher. The olive paste thus obtained passes into the tank for kneading and then to the centrifugal separator which divides the wet pomace from the oil. The latter is then sent through a pump, towards the last step that will make the product more brilliant: a vertical separator from which the finished product will come out. Everything happens cold (T <27 ° C) to keep the aromas and the fruity of olive unchanged. For those who wish, there is also the possibility of polishing the oil produced with a cardboard filter, which completely eliminates any small impurities, thus preventing deposits from forming in the storage containers. 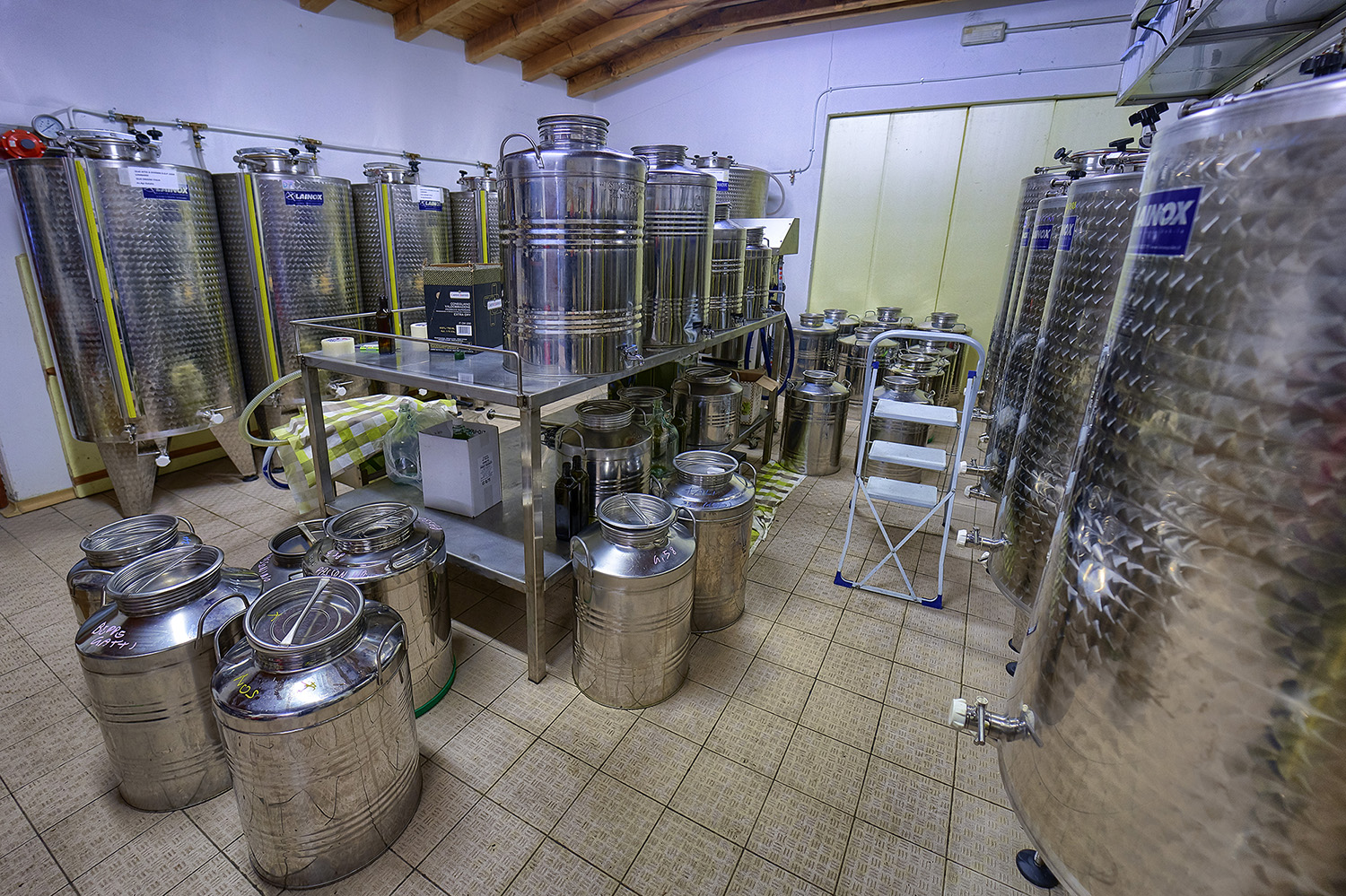 To complete the work, a bottling room (semiautomatic bottling machine and hot capsule sealer) and storage was created, with stainless steel tanks, which allow the oil to be stored in a controlled temperature and nitrogen atmosphere. 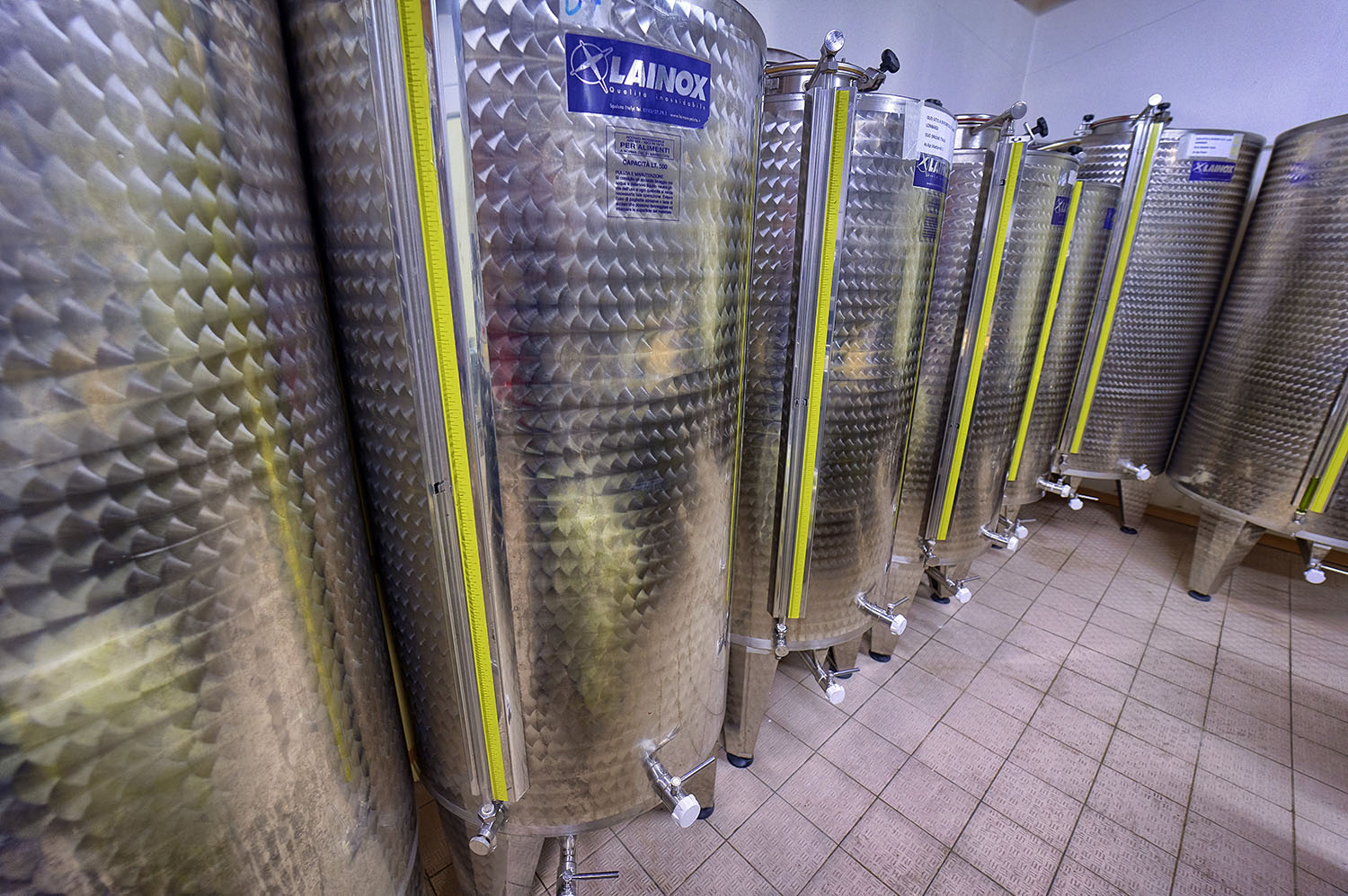